You to trust first who you would like to trust you

There could be the rare case that you may not have enough material resources to offer as a grant to someone you want to trust you, but beyond compensatory material grants, you can always promise your trustee to cause you an inmaterial damage in case you don’t comply with your part of the trust agreement. That won’t give back the material value (s)he lost, but could make him-her convinced to trust you more, because (s)he could see that for you, (s)he being openly able to damage your reputation is worse than getting any material grant from you.

Things can have an agreed value and reputation damages are in an another scale of value, but there is a point where both of them could be somewhat equivaled. So it seems fair to equalize risks by splicitly (beyond offering them material grants) allowing others you want them to trust you, to be able to damage your reputation in varied ways as your further grant to them.

In this model, you specify for how long and in what way the compensatory damage can be caused to your reputation by the other party. i.e.

«I allow you to get my bike, insult me and tell my groups and friends and put slanderous posters down the street, but only until a month after I have not returned it to you your motorbike as we agreed»

«I don’t know you and you ask me for staying in my house and I have to trust you… Well… So to have a more fairer relationship you should trust me too! in allowing me to damage your reputation if you do not comply with what we agreed to?… It’s not fair if you do not let me to maybe hurt you while i have to maybe let you hurt me» 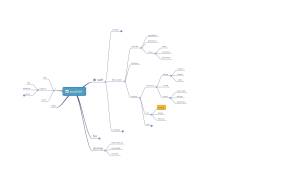 Warn me with is field for letting a delay to happen before finally sending someone to hell. The heller gets an agreed delay in his action and notifies the helled before finally helling him.

Default is without warning.

Let’s avoid the possible case of: Evil flame before hell

For is a field for sending someone to hell for a while. The hell period (entry and exit date) is specified once the evil code is generated.

Let’s avoid the possible case of: Still eviled after hell

(For)Ever is a field for sending someone to hell forever.

Compensable is a field for allowing the evil coded to go to purgatory, where there are some posible compensations to be done for repairing the damage (developing damaged sharefulness by default) while keeping the historic records.

Fully compensable is a field for allowing the evil coded to get out from hell, without keeping any historic records of it.

(Fully) (compensable) With is for getting out of hell by doing some compensating pre-especified by the code giver.

Require reciprocity is for both persons having the same trustful code for each other.

Default is not requiring reciprocity

Get my is a field for additionally giving objects offerorship when sending to hell.

Default is not getting anything

Expires in is for adding the period of time that the other can send you to hell.

Cast a curse is for publishing an additional disgusting message when sending to hell.

A simple owntrust code is