Ontology has its meaning very disputed. Let’s say that Ontology is an ambituous attempt to describe «what there is», because «always there has been» within a certain scope. If we propose an ontology for the most general-broad possible scope, ontology gets to be very similar with (so more friendly expressed as) Fundamentals.

Exposing fundamentals is a useful thing to do because every broadest ontology (or fundamentals) will somehow permeate other less broader ontologies-scopes.

This analogy influence could be also established directly within similar ranks from the different ontologies. For example: Rank1 in a default linear hierarchy (despite the implicit conmutative relativity it will have) for the fundamental triad, can be analogized with rank1 at whichever other triads.

Everyone could have different keywords at different times for what their consider «broadest-fundamental» and or «higher ranked «. The following lists have had that into consideration and have been made trying to balance different aesthetics for those mommentums variance, which is the most difficult thing to achieve, so anyone can finally also very easily disagree with them: You will probably have some mommentum when you will not consider them «the broadest» and or «the finest» and so it could awake in you a stronger will to edit them.

Probably paradoxically to you, your disagreement with them is intended, for easier incentivating your own fundamentals description task. See other more practical more purely taxonomic ones called floves here, where axioms are completely automatized (in the list below are rather more artisted, as more concrete apps for extending floves also are).

Below there are also some different reductions of a same set of principles. The first 2 are expanded at other more populated sets. Extensions could be stricter for a better recognizing of scalability, but in this case some keywords have been slightly changed (adapted through their semantic network), for showing further flexibility because: «Fundamentals don’t mean Staticity»

Hard test: All sets are reduceable to a bipole, and then also to a triad where one of them is the scale of that bipolarity for displaying further overall dynamism, and you will describing your view of feminity &masculinity with those in this following default linear way: 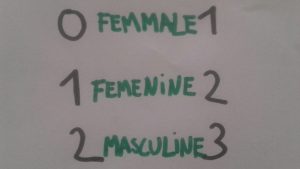 And also the properties of first element in the linear display (the up and or down scale of the bipole) (pic above) being moved to the middle one as in the equilibred Vessica Piscis confluence (pic below): 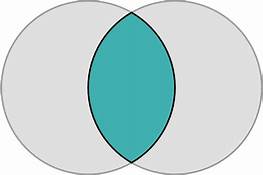 While also the default linear order (1, 2, 3: first pic) and the confluencing order (second pic, here above) could be seen through its complementary retrogradity (3, 2, 1 –> Masculing default viewing: from future-end to present and else…).

See these fundamentals applied for the linguistics field only, with further and more specific rethoric, here. That page aims to serve as a justification (etiology) for the bictiopedia.org project (which is only about linguistics) not having to create another specific fundamentals for it, so provides an example for other possible thematic projects.

For winter 2021: Further broad rethorics about these last five, in a chapter (and or spin off) of the floveria (book of bipoles by marc).