The long term energies we commit for raising kids differences us very much from animals and else.

In the so called modern societies, we are too used to the feary reasoning that only or the best way for being parents is within a couple of exclusive lovers (either being heterosexual or homosexual). This leds to higher passion in the couples, but most of such passions sometimes have been overrated by the couple and when the relationship extends and some sacrifices come in (as a result of the long term demands of the offspring raising) or the passion peak is not maintained, the couple breaks up. They coupled mostly because of a high, and once the high comes down, they don’t have the glue that they based the relationship in, and if they have had offspring before that, the result is kids being less attended by their fathers, because rarely the mother leaves her attendance. Love in couples is very related to the feelings that the woman brings to her man, as a projection of how she will love her possible future kid with him. Any woman can oversee this, but that doesn’t normally play in favour of a good care for her possible future child. In fact, there is a setting on them for having to hide that they consider us «as love testers for their love with the kid». Some women even prefer artificial fecundation by sperm from completely anonymous men, which neither plays in favour of her kid, who will for sure be looking for his-her real father when (s)he grows up, possibly hopelessly, so ending developing bad feelings towards his-her own mom because of that. The mature son will rightly ask her mom: Mom.. why did you not get sperm from someone i could somewhen know that you could trust will not involve in your relationship with me? Isn’t there any man you trust? And when the kid would be male.. Am i the only man you trust or you don’t even trust me?

Kids being loved very much only by single moms could be their own gerontophilic choice, but this is a point to be further explained somewhere else (See the bottom of this page for more).

In less modern societies such love in the couples comes sometimes less passionately but more maturely as a result of both having better agreed to the long term project that raising a kid is.

If we are to say that first option is the good one, we are forgetting all the low natality levels and painful breakups of couples and how badly attended most of their kids are in modern societies. If we are too say the second one is the good one, we are neither more right, since coupling for a family is one of the acts that most triggers the deep sense of living that we all pursue, so it deserves to be done with the highest will and passion possible.

More practically speaking, in the eyes of a child, (s)he wants to make love the most with his-her mom or other women. They will love more a committed grandmother or else women than their fathers… just because female bodies have been their more real world… . However, specially as time passes by, they will want to play and learn with men, and know who are his-her biological parents.

Besides having certainities about who his-her real father is, many existant childs that are orphans, or grown with the help of fiancees from a friendly divorced or completely broken up couple can be easily happy anyway. Any infant cares more about being cared and loved by many people rather than having only one or two persons who to love to, and will tend to consider father and mother to the ones who more regularly care about him-her.

We could think in bullying mothers, even separe them from her child, if they use anonymous sperm banks or deliberately erase the trace with biological fathers, but we could also more positively develop crowdparenting models where they will rather be more confident in than in their egoistic adventure.

There are many benefits for women who would decide to, as very naturally legitimated administrators, crowdfund the rising of a child they would like to have, regardless of her independent passionate couplings with other men or women.

Any women willing to have a kid wants to get assurance from further assistance she will have either from their own lineaged family members or friends in the growing up of a child. Shouldn’t more clear information about it help them in making a more clear decission about it? Shouldn’t it help improve the communication between genders specially from flirting up to marrying while decreasing their parasitistic hypergamy (with the inequilities it implies) they foster in us men? Would it not more reliable a contract for offspring care with multiple peers than one for a ‘marriage care’ with a single adult?

And bringing this issue further, can’t any adult find a group administered by a woman where there are yet unknown persons who are a very good match for him or her based in their parenting views and promissory commits?.

Otherwise we may get stuck in the actual trend where women are having the power of hiding information about who she wants to be pregnant from, while men having the power of faking his commit to attention and provision after leaving her pregnant. So why not we decide to play less power games and look for a braver, deeper more meaningful love by showing our hidden cards and be more open to crowdparenting? Why do we do crowdfunding for projected material resources but we don’t do it for the most valueable matter (a child..)?

It is not a pitty for anyone to say he wants to be only 10% father or mother of a child, nor for a couple of parents to tell they need a 10% plus of very strict parentship, nor for a woman to say she doesn’t want the biological father to be her fiancee or involve much in her relationship with the kid, while accepting that the kid should have the right of knowing who his’her real father is through minimal information while (s)he is not grown up and letting them to meet when (s)he will be an adult.

The CrowdParenting model is an easy form to fill up for declaring the promissory responsability anyone is ready to accept for the parenting of a child, whether it being already here, or for bringing new children to life. 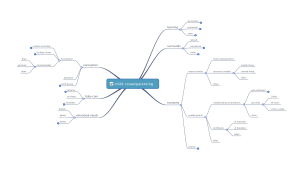 This crowdparenting initiative development basically depends on women willing to go for it. 1000 men could easily publish commits for completing the raising 10 kids. That could either incentivate some women who are single moms to get some of those offers, and it could also incentivate women to get pregnant by whoever eugenesiacally they prefer, knowing that after that they could supply the patrifocality and provision that she knew or don’t want from her fecundity partner with those offers from a crowdparenting platform.

Also, it could make a change of mind in women that were thinking of getting pregnant in an anonymous sperm bank, to rather get a pack of those 10000 men for their offspring.

If no woman would care about crowdparenting, men could make groups themselves and will have to go to the same actual «uterus renting» practices, where as actually happening, they could even impose the anonimity to the biological mother, a case which is worse than the anonymous sperm banks, something this crowdparenting platform doesn’t really wants to foster, so some protection against it should have to be developed.

The development of mapatrifocality (direct relationship with the kid) is (should be…) the key thread at both anthropology and evolutionary psicohology (if not at biology as a whole), specially the ties of matrifocality with virtuos paedophilia (the biological mother pride and unsecurity about she always being the most important-loved person in the kid life, specially dubious at allowing other females to love him), and more specially from the perspective of the vanguard inteligence of the gerontophilia of the embryo-kid itself, specifically through their thymus power and its continuos atrofiation as the offspring starts to be less gerontophilic and more looking for developing his-her own sexuality separed from the one with the mother.

There are many evidences at developmental evolutionary biology about the embryologic system being the main property of the species. But the hardest part to get deeper in this issue is that are many taboos about motherhood, specially at the babies&moms lust (excess of already very naturalized love) with each other. Adult women who are mothers could give a lot of insight into this issue, but as said, they don’t seem too interested in document that, yet? we’ll see…

See chapters related to this (Dimorphism, probably still messy, they are to be updated) in a broad theoretical dump, here